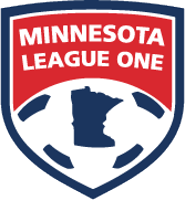 Minnesota League One (MN1)  is open for 13U and older teams and is the most competitive state league.

FORMAT & TIERS
MN1 is a results-based league that begins Premier at 15U with qualification being at 14U. MN1 consists of three tiers: Premier I, Premier II, and First Division. Any team can enter First Division ("self-select") at any age group. Teams must earn a Premier I or Premier II spot by performing well in First Division.

REGISTRATION
13U-14U teams that would like to participate in Minnesota League One this spring must register by the deadline and pay $450 per team. Fall 2021 Registration has closed.

US Youth Soccer Minnesota Presidents Cup gives Minnesota Youth Soccer teams an alternative to the Minnesota State Cup and a chance to play against teams of similar abilities for the goal of State, Regional and National titles.